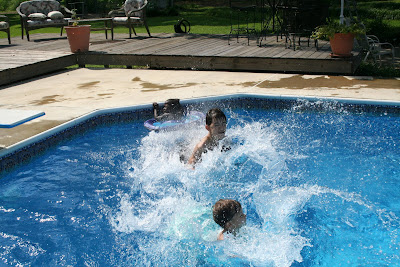 Cooper learned to swim in the deep end of the pool this week. He has been swimming for a while but the deep end was always somewhere he didn't want to go. Until, his big brother helped him conquer his fear.
He gently and playfully got Coop to go to the deep end and then stayed with him until his face was under, then got him to swim little bits at the time until he realized he could do it. The big part of the show was when standing below the diving board Tucker said "jump Coop I've got you." He Jumped!!! With his big brother waiting in the water he jumped and swam.

I was so proud of Cooper but I was more proud of Tucker because he wanted to show Cooper he could do it...He was an encourager and as I told Tucker "this will be something that Cooper will always remember.You taught him to swim in the the deep end. He trusts you and that will carry your relationship in the future.."When it's Cullen and Jo's time to swim in the deep end I pray that they will 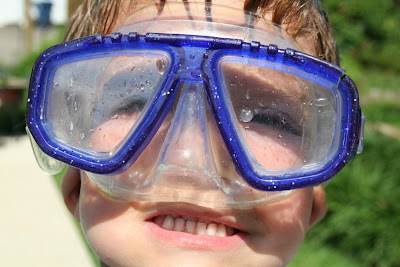 have a couple of big brothers waiting in the deep saying
JUMP We've Got You.... 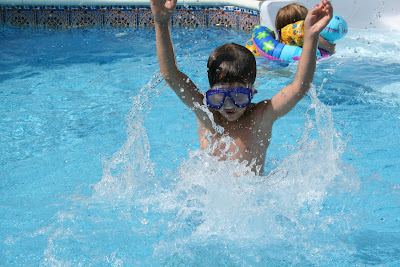 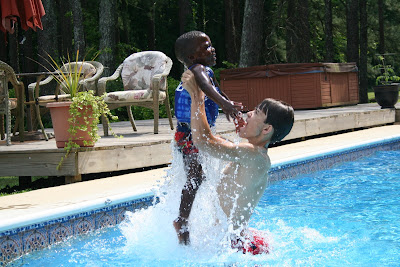 How sweet! I have always notices how helpful and encouraging Tucker is for his family.

And thank you for the blessing of the fruit the other day Mrs. Robin! Your family's friendship means a lot to us. Y'all are some very special friends.