We have to stop being cowards at some point 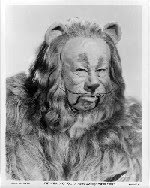 “It is easy for believers – especially in the Western world, where the church is generally prosperous and respected – to be complacent and become oblivious to the seriousness of the battle around them. They rejoice in “victories” that involve no battles and in a kind of peace that is merely the absence of conflict. Theirs is the victory and peace of the draft dodger or defector who refuses to fight. They are not interested in armor because they are not engaged in the war. A Christian who no longer has to stand against the world, the flesh and the devil is a Christian who has fallen into sin or into complacency. A Christian who has no conflict is a Christian who has retreated from the front lines of service.”
-John McArthur
Posted by Just A Family at 5:50 PM

I really really like your new theme and the pictures of the kids! The reminder on your post today ain't too shabby either. :)

OOOOOOW! That was a good one!