Are you thinking about having a vasectomy reversal? 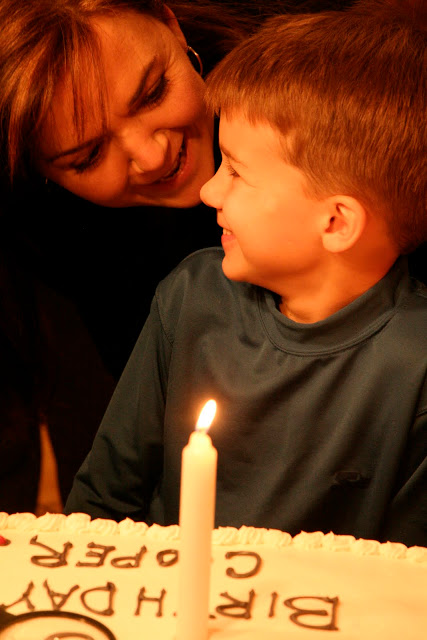 It was a day in February when we went.
I was so excited... Scott was nervous.
We walked in and they were getting
Scott ready for surgery and I
whispered my prayer to the Lord
to guide the hand of the surgeon.
It had been five years since we had a vasectomy.
My obgyn at the time told us we did not need to get
pregnant again. I had a condition that made me throw up the
whole pregnancy so my pregnancy's
were spent with extreme throwing up and hospital visits.
We followed our Doctors recommendations.
In the years to follow we regretted doing this.
So five years later we went back to the same Dr. and asked for it to be
reversed. He told us that it may or may not work.
I didn't hear any of that. I just wanted it reversed.
I knew God was not through giving us children.
The Dr. gave no recommendations on what to do after
we had surgery..He just kinda said
Good Luck.
Two weeks later I was pregnant.
I believe scar tissue is one of the main reason
surgery doesn't work for so many.
Even though this pregnancy ended in a miscarriage
I was pregnant once again a few months later
with Cooper. You can never imagine the feeling
of opening that pregnancy test and it coming back
positive. We were elated and scared.
Family was telling us how crazy we were and we
kept right on looking at the Lord, not them.
On December 28, 2001 Jason Cooper
was our miracle baby. He was such a gift that
the Lord gave to us. We knew the Lord would
get much Glory from this miracle. (Sometimes
He is Glorified more by not giving more children.)
But He chose to be glorified by giving us Cooper and
he was beautiful and perfect.
I have spent the last 8 years in his presence.
He is kind and easy going. He is smart and loving.
He is my Coop!
We praise God to this day
for giving us back what we had taken away from
Him. Our family size.
Since our reversal we have had Cooper, Cullen, Channie, and William
come into our family.
We would have missed out on all of them.
Let that sink in...
What could you be missing out on or who
are you missing out on?
Please consider having a vasectomy reversal.
God will be glorified by your decision and you
will put the control back where it belongs.
And who knows, you could be celebrating your reversal baby's
birthday.
If you have questions about vasectomy reversals email me and
I will give you tons of info:
americangirl1690@yahoo.com
Posted by Just A Family at 5:16 PM

After we had our fourth child we seriously considered doing something "permanent" to prevent us from having more children. But by the grace of God we decided to give it a year and after a year we realized what a mistake that would have been.

Now we have 11 beautiful blessings from God. To think what we would have missed out on just makes me plain sad. I can't imagine our life without any one of them!

Our 'reversal baby' is 6 six years old now. We have never looked back at the decision to have the reversal done....it was the right thing to do. I encourage anyone thinking about it ....just pray that God will open the doors for it to happen. He will work miracles right in front of your eyes. Thank you for sharing this subject. Arla Waters

April for the Crew said...

Your "miracle babies" are a blessing to us too. Such a joy! I'm selfishly glad you had the reversal so that we can enjoy your littles.

Many years ago...two young women sat down to chit-chat about life, family, getting to know each other. One asked "Are you going to have anymore children?" The other said "I would like too, but my husband had a Vasectomy(said with sadness in her voice)" That was the day God formed a "FRIENDSHIP". Many years and a Vasectomy reversal later, I haven't gave birth to anymore children...do I regret having a reversal, No! It was that reversal that opened up a new spirit in me... God took our family on a journey and it was that journey that started with our reversal...that question...that friendship. Now it was years later and that same friend asked me as we sat down to chit-chat "Have you ever thought about adoption?" I have a miracle today because of that reversal, I know I listened to people say how crazy we were to have that reversal, how we wasted money. Let me assure you it was all God's plan for us to have that reversal(even though we never conceived a child) and the testimony we have from that reversal, well it just gives God all the glory!He prepared our hearts for Adoption. God's timing is perfect, God's plan is perfect. Thank you Robin for being a part of God's plan in my life. I love you and Happy Birthday Cooper, the Gilliland's love you and your family more than you will ever know!
Michael

I couldn't agree more, Robin! It's time for the church to stop seeing God's precious gift of children as a burden, when God gives them as blessings! Truly we sign up for a curse,(debt,) and reject God's blessings! We are SO mixed up!

This or that Oracle is the best!!! Don’t know how it got this name in this short period!!! Anyways If you are not able to find your path make your own path. It’s also suitable for your career decision.make a smart move by visiting our website Oracle training in Chennai.Oracle Training in Chennai | Infycle Technologies